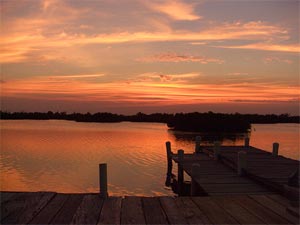 Known as British Honduras until 1973, Belize is becoming a hot destination for independent travelers because it combines so many different attractions into one small and easy-to-deal-with country. This Belize travel guide will cover all the highlights and give you a quick overview so you can explore the specific things that interest you.

Belize is a small country on the Caribbean coast between Mexico to the north and Guatemala to the south and west. It’s the only country in Central America with English as its official language, which makes it an easy place to visit even though it’s still quite exotic. The coastal areas and islands, or cayes (pronounced “keys”) as they are called in Belize, have a very distinctive Caribbean island feel. The accent is similar to the Jamaican one, and forms of reggae fill the air all day and all night. Things move slowly in Belize, making it an excellent place to just relax over a few Belikin Beers in the sun. But there is loads to do for those with the energy.

The second largest barrier reef in the world stretches along almost the entire Belize coast. These coral reefs just off shore make for some incredible scenery for diving, fishing, and sailing. The world-famous Blue Hole is not far off the coast, and is perhaps the country’s single best known attraction.

Ambergris Caye – This is the larger of the two popular islands just off the coast of Belize City. The snorkeling and scuba diving in Belize are world class, and sailing and fishing outfits are all over as well. The beaches leave something to be desired, but this is still the major tourist spot in the country, and home to most of the pricier mini-resorts and family-oriented hotels, although budget travelers have no problems here either. The town on the island is called San Pedro and many places list themselves under that name even if they aren’t actually in the village itself.

Belize City – It’s the largest city in the country and really not all that nice. It’s the transit hub so you’ll be passing through, but it’s probably best to keep moving unless you have a specific reason to stay here.

Belmopan – This small inland city has been the capital of the country since 1970. It’s clean and safe, but there really isn’t much to see here so it’s probably not worth your time.

Caye Caulker – A bit closer to Belize City, this is similar to Ambergris except much smaller and funkier. This is where the hippies and backpackers tend to go, and budget guesthouses and hotels cover the island. Sandy beaches are few and very small, but the diving and snorkeling found here make up for them. Caye Caulker is also home to one of the very few Belize hostels, as hotels and guesthouses are so affordable that the demand isn’t really there.

Corozal – This village overlooks a crystal clear bay just across from Mexico in the north. There isn’t a lot to do, but it’s popular with expats and people crossing the border.

Placencia – This peninsula in the south has the country’s best beaches in addition to nearly every other water sport imaginable. It’s not as easy to get to as the cayes, but those who bother are rewarded for their effort.

San Ignacio – This village in the jungle straddles two rivers and is a great place for eco-tours as well as canoeing, bicycling, hiking, and exploring the nearby Mayan ruins.