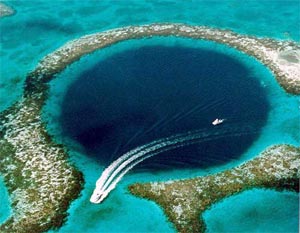 Scuba diving in Belize is a huge industry and one of the main draws to the country for visitors. At center stage is the Belize Barrier Reef system, which is the second largest in the world, behind only Australia’s Great Barrier Reef. Stretching 185 miles along almost the entire length of the country, the barrier reef system earned status as a UNESCO World Heritage Site in 1996.

The water temperature hovers between the high 70s ºF and low 80s ºF all year round, so conditions are close to ideal at any time. The best weather in general for Belize occurs during the winter months, but the light winds from April to June make those months the best diving period.

Dive companies are all over

There are many diving operators from which to choose in all the major tourism centers, including even in Belize City itself. Prices tend to be similar from place to place, but the tours they offer can vary so take some time asking questions to make sure they are offering what you want.

Get certified in Belize

If you are already certified you can jump right in and begin exploring, but if you aren’t Belize is a popular place and affordable to get it done. A full course takes about three to four days and includes everything you need. Some operators will take divers who aren’t officially certified, so if you are a bit of a thrill seeker this could be an option, but of course you’ll be engaging in a rather dangerous sport at your own risk.

Ambergris Caye and Caye Caulker are both lined with dive operators, as well as snorkeling outfits for the less experienced. Since the beaches on both islands leave more than a little to be desired, diving and snorkeling are the dominant activities in both. Placencia Peninsula is also loaded with scuba diving operators, and the barrier reef is further off the coast in the south so the underwater scenery and wildlife are quite a contrast from the popular islands in the north.

There are literally hundreds of good diving spots just off Belize, so your experience can be different every day of your trip. Some of the more famous ones include: