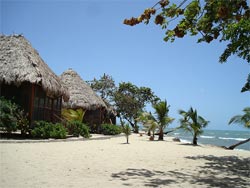 The Turtle Inn might be the most famous resort in all of Belize simply because it’s not only owned by, but it’s partially designed by Francis Ford Coppola, who’s best known as the director of the Godfather trilogy. And speaking of trilogies, Coppola also owns two other posh resorts in the region. His first resort was the Blancaneaux, which is located deep in the Belize jungle, and the famous auteur also owns the La Lancha Resort, which is not far from Tikal in Guatemala.

The Turtle Inn is located about 2 miles from Placencia Village way out on the Placencia Peninsula, but it’s meant to be a self-contained paradise so its remoteness is one of its features rather than being a liability. In general, the beaches of Belize are not nearly as nice as many might expect before they arrive, but unsurprisingly the Turtle Inn is situated on one of the finest beaches in the entire country.

Features of the Turtle Inn 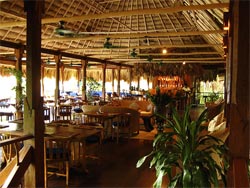 The resort features 18 cabanas on the beach, all with a very deliberate Balinese inspiration. The entire complex is an exotic mix of Balinese and Belizean influences, right down to the uniforms worn by the extremely helpful staff. This is a first-class resort, and the prices of the larger cabanas definitely reflect that, but there are some more basic cabanas that fit nicely into the price range of other nearby resorts, so you don’t need to be ultra wealthy to consider staying here.

The 2-bedroom, 2-bath, private pool and private beach Francis Ford Coppola Family Pavilion goes for between US$1,600 and US$2,100 depending on season, but all other categories of cabanas cost a fraction of that price.

The less extravagant 2-bedroom, 2-bath cabanas range from US$475 to US$750 depending on the season and the specific unit.

The luxurious cottages that consist of one bedroom each range from US$210 to US$445 depending on specifics, which is quite reasonable considering everything that’s included. 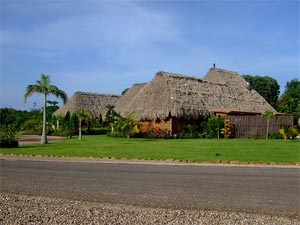 The Turtle Inn is located near the end of the Placencia Peninsula on the southern coast of Belize. You’ll need to book a flight to Belize itself, which will get you to the main international airport just outside of Belize City. From there you’ll take a domestic flight in Belize on one of its two local airlines. There are several flights per day from the international airport to Placencia, and they are timed well specifically to shuttle incoming visitors to the remote parts of this small country. You can and probably should make a reservation for one of these local flights in advance, but the prices aren’t any lower in advance, and getting a seat on one of these flights on a walk-up basis is almost always possible. The Placencia Air Strip is about 2 miles from the Turtle Inn, and if they know you are coming someone will be there waiting to pick you up.

You might have already visited the official Turtle Inn website, which seems like it probably cost as much to build as every other website in Belize put together. It’s an example of form over function, so it can be frustrating to use, although all the information is there if you dig around long enough.