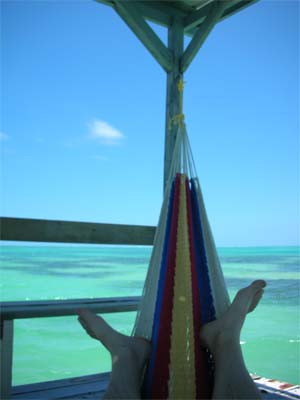 May in Belize brings a mixed bag for potential visitors. Most hotels drops their prices on the first day of the month to their low-season rates, but the heat starts getting intense and the rainy season really gets going in earnest about halfway through the month. So the first half of the month can be an excellent mix of decent weather, small crowds, and low prices, and there are also loads of events to consider as well.

May events in Belize

Labour Day, May 1 – The entire country celebrates this national day off, but of course restaurants and bars are open and resort areas keep doing their thing as well. The largest celebration is in Belize City, but you’ll find something going on everywhere.

Commonwealth Day, May 24 – This national holiday celebrates the Queen’s birthday and Belize’s colonial past with horse races in Belize City and Orange Walk, as well as an annual cycle race between Cayo and Belmopan.

Cashew Festival, first weekend in May – This small town about 30 miles north of Belize City celebrates all things cashew during this annual event.

Toledo Cacao-Fest, third weekend in May – This event in Punta Gorda celebrates the cacao plant and includes tours or orchards, chocolate tasting, and wine tasting as well.

Coconut Festival, three days in May – Caye Caulker hosts this annual event that celebrates the coconut.

These stats are for Belize City, but most the country is small and all the coastal cities have similar climates. The cities that are further inland usually have slightly hotter days and noticeably cooler nights, but generally are similar. The interior of Belize gets far less rain during the rainy season, so visits to the jungle area or San Ignacio should not be problematic beyond the hot days.

By the middle of the month rain becomes fairly common, although usually just in the mornings. During May it rarely rains

Even though May marks the beginning of the low season in Belize, airfare to Belize doesn’t really dip much if at all. Taca Airlines has some good deals, and American Airlines also usually has very competitive fares from the United States. The best advice is to book early if you can.

The good news is that hotels and resorts in Belize usually start their low-season rates on the first of May, so many places that were pricey just the week before can seem quite affordable. The heat becomes a factor on the resort islands, but the sea breezes will keep you from being uncomfortable during the day. Sleeping at night can become a challenge if you choose a place with no air conditioning, so you might consider spending a bit more for that if you are sensitive to humidity at all.

The island resorts are less crowded during May, so finding operators for diving, snorkeling, and sailing becomes a bit more challenging, although some of the best fishing of the year is during this time. The inland areas like San Ignacio are good options in May, and seeing some of the Maya culture up close is popular as summer approaches.