Beaches of Belize – Probably not what you expect

As fond as we all are of this tiny Caribbean country, I think it’s important to point out that people arriving for their first ever trip to Belize might be getting the wrong impression regarding beaches in the country. When people mention, as I did above, that Belize is on the Caribbean, it’s natural to assume that the country is lined with pristine sandy beaches. Unfortunately, it’s not. 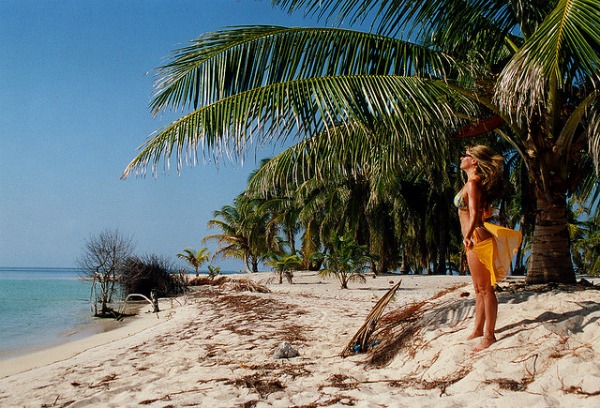 But the most popular places for visitors to the country are the offshore islands, known locally as cayes (pronounced keys), so those must have excellent beaches, right? Sadly, again, no. There definitely are some great beaches in the country and they are in quite a few different regions, but it’s important to realize before you book your trip that most of the country’s shoreline is not suited to sunbathing at all. Mangrove forests in one form or another grow naturally along most of Belize’s coastline, and while these are a very important part of the overall eco-system, they make sunbathing and even swimming very difficult. Even if you go out past the trees you’ll find the footing below very slimy. 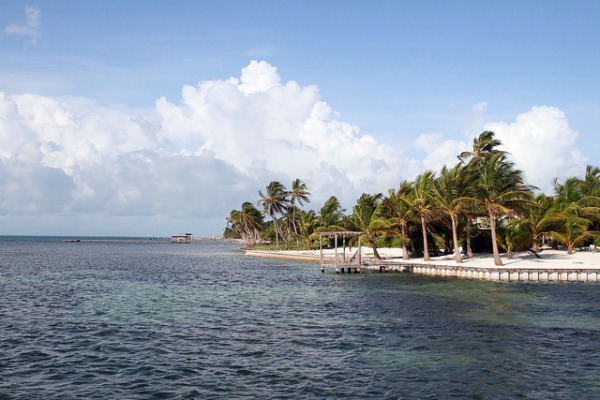 There’s no reason to feel bad if you haven’t heard of mangrove forests before. They inhabit tropical areas throughout the world, and are especially common on coastlines opposite barrier reefs. Belize has the world’s second largest barrier reef that basically spans the entire coast of the country, and the mangrove forests are part of the equation. Put simply, mangroves are not a species of tree but rather a general type of tree that can live in shallow salt water. There are four types of mangroves in Belize: red (the most common), black, white, and buttonwood. 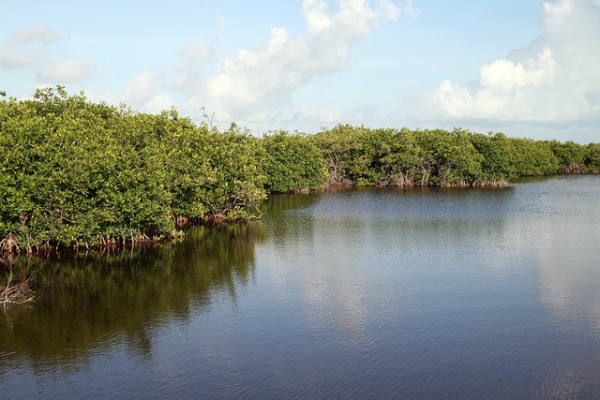 These mangrove forests provide shelter and feeding areas for many species of fish, birds, reptiles, amphibians, and even mammals. They also stabilize the shores and protect them from erosion. Most of the cayes would be smaller or non-existent if not for the mangroves, so much of what’s excellent about Belize is due at least partially to these slimy coastal forests. They are very interesting to explore even if they do ruin all beach party possibilities. 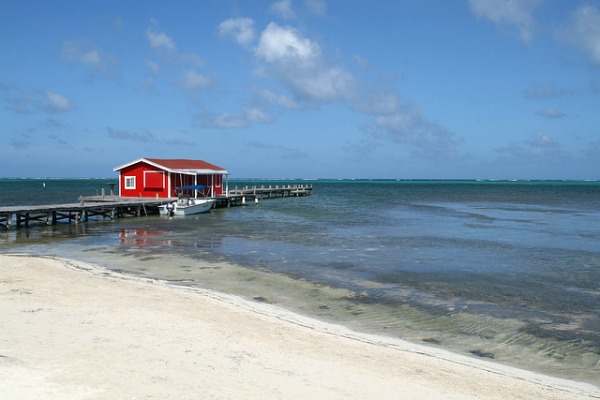 The good news, in a way, is that many of the developed parts of Belize have cleared big sections of mangrove forests away. Every time someone buys a plot of land near the beach the next step is usually to clear the mangroves away. This makes for wonderful views, but it also exposes these areas to beach erosion and massive future hurricane damage.

Many of the smaller cayes have few or no mangroves around their perimeters, but if sandy beaches are important to you it’s a good idea to ask. Both Caye Caulker and Ambergris Caye had natural mangrove forests on their Caribbean shores, and some of this has been cleared, but the majority remains in its natural state. Again, if sandy beaches are a key to you enjoying your stay you should definitely ask before you book a place. 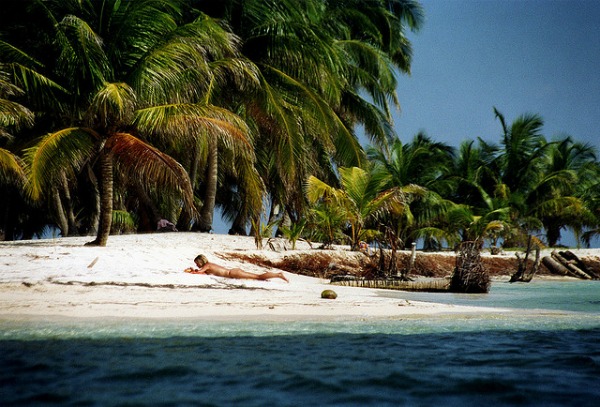 The best beaches in Belize

Pretty much everyone agrees that the best beaches in the country are found along the long Placencia Peninsula. There are large sections that are nothing but sand all the way up to the warm water. 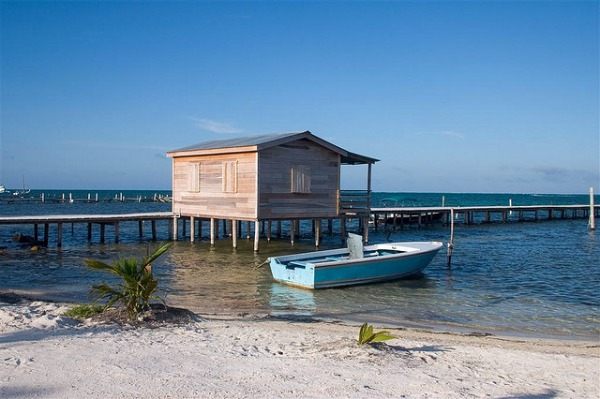 Caye Caulker has several cleared sections of beach, mostly directly in front of hotels that cleared them. There might be enough room to play Frisbee while you take a break from sunbathing, but the beaches tend to be small and unspectacular. There’s a beach area up by the Split, but again, it’s not really postcard-worthy.

On Ambergris Caye there have been more sections cleared, particularly in front of the more posh resorts. The north part of the island also has some naturally clear beaches, but these aren’t too close to the resort areas.

If you want to come to Belize and large pristine beaches are high priorities you should probably go to Placencia Peninsula somewhere. But it’s important no matter where you want to go that you check out exactly what the hotel is advertising. If they have a nice beach out front they’ll probably show photos of it. You can’t just assume that because a place is close to the shore on a map that there’s a nice beach between your room and the water. In many cases there will be a modest beach at your disposal, but you can’t just assume this will be the case, especially if you are booking into a cheaper place.