Slow Season Even Slower After Dean and Felix 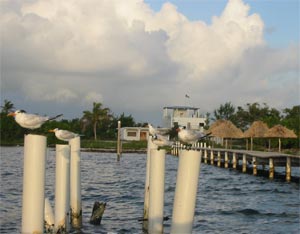 September and October are traditionally slow months for tourism in Belize and recent hurricanes Dean and Felix have made things even slower. Statistics haven’t been officially compiled yet, but anecdotal evidence indicates that things were typically slow as Hurricane Dean threatened the area, and then got much worse as Hurricane Felix had its sights on the coastal Caribbean nation.

The one-two punch of the hurricanes came through the region in the first days of September, but neither had more than a passing impact on Caye Caulker, Ambergris Caye, and Placencia. Hurricane Felix, in particular, was believed to be headed directly into the Belize coast, so many travelers canceled their upcoming trips to the area to be on the safe side.

Possibly the worst news came when Carnival Cruise Lines canceled all their Belize port calls through the first of next year. That translates into 8 ships with a maximum of 3,500 people each who won’t be coming through Belize’s Tourism Village during the last four months of this year.

Some hotels on Ambergris are reporting that their business is set to pick up again in the coming week, and that September traditionally isn’t too slow, but many others report that the resort island areas tend to be quite dead until November, when American and Canadian holiday-makers get their minds back on escaping the cold weather.

All those empty hotel rooms probably translate into some good bargains so September and October are probably going to be great for budget travelers looking for their money to go a bit further.