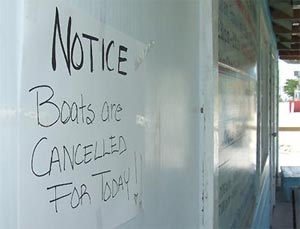 In what comes as great news for most of Belize and those planning to travel there, Hurricane Felix bypassed the country altogether. The coastal Caribbean nation had scrambled under a hurricane watch for several days as the giant storm approached, but fortunately most of those precautions turned out to be unnecessary this time.

Businesses were boarded up, while flights and boat trips were cancelled on the resort islands of Caye Caulker and Ambergris Caye, but now things are returning to normal after just a period of higher than average winds and rainfall. It is expected that everything will be back to normal soon, although many trips to the islands were cancelled, so many places have below-average occupancy for now.

Heavy rains were reported in the southern parts of Belize and through Guatemala, but new damage has been minimal in this region that regularly deals with heavy rains. Record rainfall in and around Belize City has led to some localized flooding, but Belize’s resort areas were spared the worst of the storm. This is extra-welcome news, as parts of Belize are still recovering from rain and wind damage from Hurricane Dean, which blew through parts of the country just days before.