Getting from Belize City to Placencia 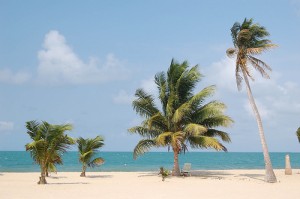 Belize City is the largest city in Belize and the former capital. While there aren’t many things to do here, Belize City is home to the only international airport in the country and a transportation hub.

Plancecia is a peninsula along the Caribbean coastline of Belize and is a well known getaway to the diving sites in the area. Kayaking, fishing and sailing are also popular activities here. And let’s not forget the sunbathing on the incredible beaches.

The hassle free way to get between Belize City and Placencia is by plane. Maya Island Air and Tropic Air have similar fares but they do depend on the time of the year when you fly. And it’s cheaper to fly from Belize City Municipal Airport. Buses are the cheap alternative but there isn’t a direct bus and you’ll spend too much time on the road.

Flights from Belize City to Placencia

Belize City is served by Philip S. W. Goldson International Airport (BZE) , the only international airport in the country. It is is located northwest of Belize City and is not a hub for any airline. The airport handles direct flights from USA (Dallas, Miami, Atlanta, Newark and Charlotte), El Salvador and also handles domestic flights.

>>read more about flights to Belize

Buses from Belize City to Placencia

There isn’t a direct bus between the two cities. So first you need to catch a bus to Belmopan and then another to Placencia. It’s easily a half day trip. All buses heading south or west stop in Belmopan. However, figuring out the entire route and times of departure ahead of time (online) is pretty much impossible.

Driving from Belize City to Placencia

You can rent a car and drive the 184 km along the Coastal Highway between Belize City and Placecia. The drive time is about 3 hours.