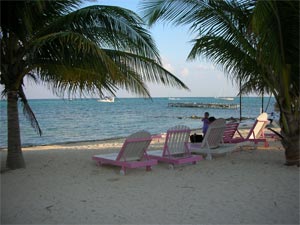 Exciting news, Belize fans. BootsnAll, which is the travel network that hosts this site, has put out their list of the Top 10 Destinations for Independent Travelers in 2008, and Belize is number two! Buenos Aires came in at number 10, and that’s the only other destination in the Western Hemisphere to make the list.

Here’s the description of Belize from the article:

“2 – Belize – This tiny English-speaking Central American country feels frozen in time, but in a very good way. Paved roads are a rarity on the popular tourist islands where most visitors go. Belize has world-class scuba diving, snorkeling, fishing, sailing, sea-kayaking, cave-tubing and jungle expeditions, mixed with fascinating Maya culture. It’s one of the cheapest Caribbean resort destinations now, but don’t wait too long. Developers and even celebrities have caught on (Leonardo DiCaprio is building an eco-resort on a private island in Belize and Francis Ford Coppola already owns a couple of places), so it won’t be this way forever.”

In case you aren’t interested in reading the Top 10 yourself, I’ll tell you that Nepal is number one this year. I really don’t think this was some sort of scientific ranking, but it is interesting that Belize is way up the list.

I do agree that change seems to be on the horizon for Belize, and it appears that places like Ambergris Caye and Placencia might soon start getting large corporate hotels. There is something incredibly peaceful about the way most of the resort areas in Belize are at the moment, but 5 or 10 years from now that might not be the case. The world already has Cancun and a few more like it, so it would be a shame if our unpaved country turned into another one.