Belize come to our holiday party in Portland 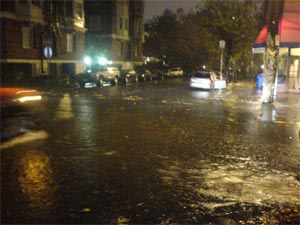 As autumn begins to descend into a gray and miserable winter, the weather in Belize remains nearly perfect. Instead of laughing at or feeling sorry for those poor suckers and their northern latitudes, why not join them for a solid weekend of frozen drizzle at the annual BootsnAll Holiday Party?

If you can make it to Portland on Saturday, December 1, you could do a lot worse than attending this infamous bash. There will be free beer, wine, and munchies provided (no hoarding, please) but this year there will also be suspicious-sounding prizes handed out to attendees. The grand prize they are promising is a $500 flight voucher, but I have this feeling it might only be valid on one of those airlines that is now officially banned at EU airports due to shoddy safety records.

There is more information about this party on the Bootblog, which I assume will be updated periodically with new details. Some of us from Belizelogue will be there (under duress) so come up and say hello if you are in attendance. People who have survived previous editions of this party say it’s very fun, but those same people told us that “Viva Laughlin” was sure to run for at least five years on CBS just because Hugh Jackman was the executive producer and would make occasional appearances.

The possible highlight of the weekend might be the rumored Amsterdamlogue special welcome party. At this point details are sketchy, but we’re told that there aint no party like an Amstedamlogue party because an Amsterdamlogue party don’t stop. We’ll see about that, and we’ll keep our expectations low because the Amsterdamlogue people have a long and well-documented reputation for bungling nearly everything they try.