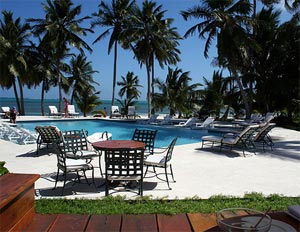 Belize is a tiny country with a population of only around 300,000, but in the last decade it has become a major destination for tourism. Being the only officially English-speaking country between the United States and South America, Belize has a reputation as being both exotic and easy to visit for those not fluent in Spanish. The tourist infrastructure is building quickly, but the giant chain mega-resorts have not been much of a part of the boom so far.

Throughout the country nearly everything is small, locally owned, and often family run. Compared to a place like nearby Cancun in Mexico, this makes Belize feel authentic and relaxing. There are no strips of identical hotel towers that are run like cruise ships in Belize. Budget accommodations are nearly everywhere in the country, yet people looking for something posh have plenty of options as well.

Hostels – There are very few traditional hostels in Belize, and that’s mainly due to the fact that they aren’t needed. The country is awash with budget hotels and guesthouses, with basic room prices starting around $10, although most begin closer to $20. Quite a few of the smaller hotels and guesthouses offer shared kitchen and entertainment facilities (as well as shared bathrooms), so the social aspect of hostelling is available in many places if that is high on your priority list.

Guesthouses – Belize is loaded with places that call themselves guesthouses. These are generally small and friendly places that are often run by families. Some have as few as two rooms, so guests end up being part of the family during their stay, much like at traditional bed & breakfasts. But unlike most bed & breakfasts, the rooms here tend to be very basic. You generally get what you pay for throughout the country. If one place has rooms for $20 and the place next door has rooms for $40, you can assume that the first one will be little more than 4 walls and a basic bed, while the more expensive one will be noticeably nicer in almost every way.

Hotels – There are many hotels in every popular area of Belize, and this is mostly due to the fact that they tend to be quite small. Hotels with between 6 and 20 rooms are the norm in Belize, although there are quite a few that are considerably larger. You won’t find many international chain properties in Belize, for better or for worse.

Resorts – There are an abundance of places calling themselves “resorts” in Belize, but they might not fit the definition of resort that some of us are used to. If you are dreaming of a huge hotel with several swimming pools, a golf course, and a variety of on-site restaurants, bars, and nightclubs, then Belize is probably not your best bet. The resorts on Belize tend to be smaller and more specialized, but can still be plush and perfectly suited for a great vacation.

Apartments/villas – Since Belize is a popular destination for week-long holidays, there are many rentals available that lend themselves to family vacations and more secluded getaways. These apartment and villa rentals are available in all the major tourist areas and the listings are usually mixed in with the Belize hotels.